or Paying Attention to Why We Act

Why do we do what we do? This is rather a big question. If we get into specifics we’ll be here forever. However, one answer to the question is that generally we do what we do because it is necessary or because we think it is a good thing to do. Put another way, we do things because they make life better than if we did not do them. In the Daoist tradition, the subject of making life better, yangsheng 養生 or ‘nurturing life’, is considered to be rather important.

Fundamental to nurturing life is knowing what to be careful about:

Whether we move in the direction of life or in the direction of death is a matter of understanding what is of true value and what is of value only when put in the correct perspective. Warnings such as the passage above from the Lü Shi Chun Qiu, China’s earliest philosophic encyclopaedia written c. 250 BC, are also found in the Zhuangzi, one of the great classics of the Daoist tradition. The following anecdote concerning ‘making the body whole and nurturing life’ is found in both texts:

In today’s modern world people do too much with their bodies and throw away their lives, martyring themselves for things. Is this not sad? Whenever sages make a move, they are sure to consider why and how they are acting. If today someone were to use the Marquis of Sui’s pearl (a famous jewel) to shoot at a sparrow eight thousand feet away, they would be laughed at. Why? Because that which they used was important and that which they sought was unimportant. How much more precious is life than the Marquis’s pearl!2Lü Shi Chun Qiu 2.2; Zhuangzi 28. The word I translate throughout as ‘body’ also means ‘life’ and ‘self ’.

Another passage that is shared by these two texts is more specific about what to be careful about:

Guarding against the pursuit of profit at the cost of our health and well being is a fairly straightforward and clear message. We see people chasing money and burning themselves out all the time. It’s the all too familiar competition to be the ‘richest man in the graveyard’. The Japanese have even coined a word for it: karoshi 過労死, which means ‘death from overwork’. The term is now international and was added to the Oxford English Dictionary in 2001; an ominous word for the beginning of the new millennium.

However, the idea of not allowing the pursuit of that-which-nourishes to injure us, needs a bit more reflection. ‘What is it that nourishes us?’ is a question with endless answers: food, exercise, work, shelter, music, art, things that we like; which is to say, anything that enriches our lives on all levels. How is it that going after such things can cause injury? The answer is: through lack of moderation. Even the best things, if taken in excess, can cause harm. Water, the most life-giving of substances, will kill you if you drink too much if it. This is one of the primary laws of yin and yang: if you take yang to its limit it will flip to yin and vice versa. For instance, if you do too much, it will exhaust you and you will find that you cannot do anything at all: yang has changed to yin. Extremes damage.

If we use up our bodies, our energy, our lives in chasing those things that nourish us, we achieve exactly the opposite of what we intend. This is because we have reversed the relationship: rather than using things to nourish life, we have spent our health, our lives, on acquiring things. These ‘things’ that damage our lives are not simply material possessions. It is the same with exercise. Take the present craze for extreme sports such as marathon running and Iron Man events. After a marathon a person’s immune system is suppressed for about a month and, more seriously, the heart is damaged. It is the same with everything from food and sex to study and meditation. Too much of anything comes down to one thing: the delusion of using a pearl to shoot a sparrow, of not knowing what to be careful about.

Yao yielded the rule of all under Heaven … to Zizhou Zhifu, who said, ‘To make me the Son of Heaven, that would be alright. However, just now I have a worrying illness, which I am trying to put in order. I do not yet have the leisure to put all under Heaven in order.’ All under Heaven is of the utmost importance, but he would not harm his life because of it. How much less for anything else! Only one who would not use all under Heaven can be entrusted with all under Heaven.4Lü Shi Chun Qiu 2.2; Zhuangzi 28. See also Laozi 13.

If we cannot be trusted to take care of our own bodies then we cannot be entrusted with anything else. Such a lack of care demonstrates that we have a distorted relationship, not just with our own bodies and selves, but with the whole world. One that is out of balance and extreme. This is what Laozi calls the ‘dao of man’, the opposite of the ‘dao of heaven’:

The ‘dao of man’ is a distortion that compromises one’s perceptions and interactions with everything. This is delusion indeed! The Lü Shi Chun Qiu, makes this point with particularly vivid and unambiguous metaphors:

The body is that for which things are done, all under Heaven is that by which things are done. Attend to that by which things are done and an understanding of the light and the weighty will be obtained. Now, if there were those who cut off their heads in order to change their hats, or that killed themselves to change clothes, everyone would certainly consider them confused. Why? Because hats are for adorning the head, clothes are for adorning the body. If you kill that which you want to decorate and make the decoration all important, then you do not know the reason for acting! These days those who go after profit are like this. They endanger their bodies and injure their lives, cut their own throats and chop off their own heads in order to chase profit. They also do not know why they act!6Lü Shi Chun Qiu 21.4.

A surprisingly common instance of not knowing why we are acting can be found in the internal arts. It is very easy for us to get stuck on making a posture or movement absolutely correct. All too often we push or force our movements and postures in the attempt to do them flawlessly. The result is that we injure ourselves or we simply rob our practices of all benefit and enjoyment, and we give up. This is the equivalent of cutting off one’s head to change hats. The whole point of our practices is to nurture and enhance our lives, not to do them perfectly for their own sake.

Doing neither too much nor too little is the path to making the body whole and nurturing life:

Wrong: there is none more abundant than excessive desires,
Cause for blame: there is none more grievous than desiring gain,
Calamity: there is none greater than not knowing what is enough,
Knowing enough of what is enough, this is constantly enough.7Laozi 46. This is the Guodian version (the oldest extant edition c. 300 BC), which, in my view, is the most complete and internally consistent, though it is not as regular as the received version. This passage builds its series of warnings in a way that the later versions do not. The first caution is against the all too common misdeed of having too many desires. The next is against the source of immense suffering: the error (jiu 咎 means both ‘fault’ and ‘blame’) of desiring gain. The final warning is against the disaster of not knowing what is enough. The last line of the passage offers the antidote to these closely related ills: know when enough is enough. 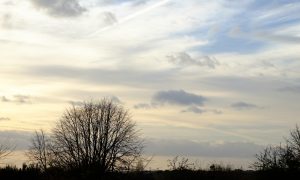