There is a sentence in Wang Bi’s essay on the Laozi,1Laozi weizi lilüe The Structure of Laozi’s Pointers, translated in Wagner, A Chinese Reading of the Daodejing pp.82-106 and Lynn, The Classic of The Way and Virtue pp.30-41. which beautifully expresses the importance of not rushing. It is actually a direct reference to the Great Commentary (Da Zhuang 1.10) of the Yijing.2The original passage reads: 唯神也、故不疾而速、不行而至。(繫辭上 10). Only (through) spirit (can one) thus not hurry yet be fast, not go/force yet arrive (my translation). Lynn’s translation: It is the numinous alone that thus allows one to make progress without hurrying and reach goals without forcing one’s way. (The Classic of Changes p.63). Wilhelm’s translation: Only through the divine can one hurry without haste and reach the goal without walking (I Ching or Book of Changes p.316).

Wang Bi’s sentence is: 善速在不疾,善至在不行。 We shall initially translate it as:

Because of the nature of the Chinese language the key terms in this sentence have a broad range of meaning. Exploring these meanings and producing and extended translation proves to be surprisingly rich. If we take the first phrase,

The meaning of sù is fairly straight forward: to move, fast, rapid. Although, interestingly, it also means to awaken. Jí, however, has a more involved set of meanings: urgent, swift, rapid; be anxious, detest, hate, anger; to burn, to smoulder, destroy by fire, be inflamed, feverish, to be in rut; sickness, pain, disease, suffering. The root meaning of this word is to do with inflammation of all kinds, from physical speed, to having a fever, to being hot headed etc.

While the primary meaning of jí in the phrase is clearly ’being urgent, rushing , hurrying’, echoing the primary meaning of sù, there are many relevant overtones in the root of the word: Our progress will be hindered by the negative emotions of anxiety, anger and hate, such emotions inflame and disturb us, they are a sickness from which we suffer. Thus an extended translation of the phrase could read:

Being good at being fast lies in not rushing, in not being inflamed and made ill by anxiety, anger or hate.

An interesting secondary reading, which ties into the second reading of the second phrase, which we shall consider below, is:

Being good at being awake lies in not rushing.

Let’s move onto the second phrase:

Being good at zhì 至 lies in not háng/xíng 行.

Zhì has the range of meaning: to come to, get to, arrive at, reach; to bring about, effect; accomplish, achieve, establish, settle. While 行 when read as háng means: hard, strong, force. Hence the phrase can be translated as: Being good at achieving (things) lies in not forcing one’s way, in not being hard or forceful.

However there is also a more subtle reading. Zhì can be seen as an echo of Zhuangzi’s 至人 zhì rén literally ‘person who has arrived.’ This is in the same realm as Laozi 47:

No need to leave your door to know the whole world
No need to peer through your window to know the way of Heaven
The farther you go, the less you know.
Therefore the Sage knows without going
Names without seeing
And completes without doing a thing.3Henricks, R. G., trans., Lao-Tzu Te-Tao Ching: A New Translation Based on the Recently Discovered Ma-wang-tui Texts, p.116

One who is completely present, who has arrived, does not need to leave his house in order to know all under heaven. The arrived man is, literally, everywhere. There is no need for him to go anywhere. With this reading, 行 can be read as xíng: to go, to walk, to do, to travel. Then the phrase reads:

Being good at arriving lies in not going.

‘Not going’ here means both ‘not leaving the present’, and ‘not doing’ as in wu wei, non action, which is so highly prized by the Laozi. Hence, our extended translation can read:

Being good at being fully present lies in not leaving the present, in practising non action.

As indicted earlier, the secondary reading of the first phrase as ’Being good at being awake lies in not rushing or not being inflamed’ fits well with this reading of the second phrase. Wakefulness has long been a metaphor for being fully present.

Our unpacked translation, while lacking the elegance of the original ten characters, gives some indication of the multiple meaning the sentence carries:

Wang Bi, following the Yijing and the Laozi, associates speedy progress and wakefulness with a lack of haste, which is at the same time a lack of dis-ease, a lack of emotional inflammation. This is the yin method of the Daoist tradition that does not force or push. It is as relevant to achieving our goals in the world as it is to becoming present and arriving here and now at that which we truly are. 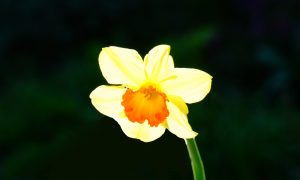